Typica, Bourbon, and others 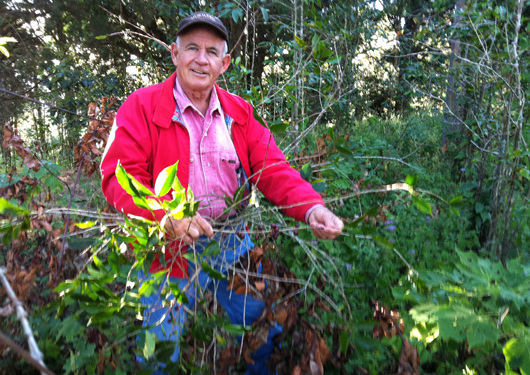 When I first traveled to coffee-producing countries in 1977, everything was typica and bourbon. Coffee from one side of the road was different than coffee from the other. These varieties were sensitive to soil, climate, altitude, and the preparation process. The altitude where the coffee grown gave the flavor its dimension and complexity. They used to say you could add 500 feet in altitude by properly preparing a coffee, or take 500 feet away by preparing it poorly. In those days, all coffee was sun dried on patios after being fully fermented and washed. The crop on a tree grew in clusters and with pruning, the effort was concentrated into fewer fruit, giving it a more intense flavor. The coffee trees ripened gradually, so a harvest was spread out, not like when every bean is ripe and ready at once, stressing capacity. Everything had its own time.

A decade later, hybrid varieties were developed and becoming more and more productive and resistant to various pests and diseases. Preparing coffee became industrialized, with mechanical dyers speeding up the process to reduce the drying time from 15-20 days to 15-20 hours. Coffee was no longer fermented, but instead pulped and pressure-washed to cut even more time. There was little consideration given to the effect these developments had on the flavor of the coffee. Today, most coffees taste the same to me. They are different, of course, but not in the old, pleasant way. I will never forget my first box of Costa Rican coffee. It was mostly hybrids, not old typical. I thought it was fermented in a bad way. I called Herb Hyman, my guru, and asked, “What is up? Did you try this coffee?” He said, “Yeah, it’s not fermented. It’s not old typica anymore. It’s hybrids these days.”

What we have today are under-roasting, over-roasting, nitrogen brewing, this brewer and that brewer, wine comparisons, phony quality grading systems. These descriptions and comparisons to wine were valid years ago, with the old varieties of coffee. I suppose the descriptions of fruits, berries, citrus, and cocoa are valid to newcomers, but to me, with my history, it makes no sense.

From my perspective, most coffee today is only slightly more pleasant than medicine. I’ve been searching for and rewarding small farms for continuing with old variety coffees, which cost money. The production time is 30-50% lower than modern varieties, with a preparation at least triple the time. Harvesting only when the coffee is ripe means passing through a farm up to five times a year, which is long and costly. But the result is worth it. So worth it that now the roaster and consumer have a huge responsibility to handle the product with care and preserve the flavors put in the coffee by Mother Nature. 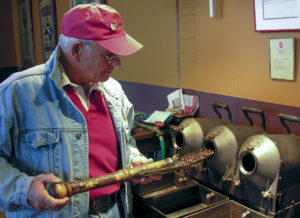 The coffee, enhanced by production at the farms, should be stored, cool and dry, then roasted to develop the coffee flavor, not mask it with a roast flavor. It needs to be brewed properly with the water temperature correct, the grind just right, dosed heavy, and brewed for just the right amount of time, whether with French press or Melitta filter, heating your own water. It’s messy, and let’s face it, time-consuming. Maybe it’s not for every day. Just like this valuable coffee, it’s a treat.

The International Coffee Organization, est. 1963, had an international coffee agreement, whereby producing countries had a quota and could only export a certain amount of coffee, which was intended to stabilize prices and preventing the boom and bust cycle created by a frost in Brazil which would destroy a large percentage of the world’s coffee and send prices through the roof. The agreement artificially supported prices during most of the 1980s. As a result, anyone and everyone planted coffee. They then, however, complained that they could not export their entire crop.

One year, the frost in Brazil, and the agreement which had protected producers with artificially high prices for 8-10 years, and was supposed to do the same for roasters, was thrown out the window (suspended), and did not protect roasters from boom time high prices. Now we have producers complaining because they couldn’t export their entire crop with the quotas and suddenly roasters complaining that the agreement did not protect them form high high prices. No one imagined that the 1.52/pound artificially supported high price was in fact artificial. No one imagined prices would plunge to 0.43/pound. What a complete loss. Both price and quality are destroyed! Not the mention these hybrid trees take a lot of expensive fertilizers. These high crops have created stress in the trees which have made them susceptible to new disease. The soils are getting burned up by the excessive fertilizers and I think beginning to show irreparable damage.

“We need to educate consumers. Its complicated. It takes time to really know about coffee” ~ Jim Stewart